In recent months Social Media trends have blown up eCommerce sales whether this is a new Netflix series, a TikTok trend or a boom in sales of Feta; products are sold out within days of trends emerging. The question is how can Paid Social Media leverage these trends for their eCommerce clients.

The popular Netflix series ‘The Queen’s Gambit’ premiered on our screens in October 2020 with 67 million views in the first 28 days of the release. It saw a drastic effect on the sales of chess boards. Unit sales of chess sets jumped 87% in the U.S. and chess book sales rose an incredible 603%, according to research firm NPD Group. Chess sets became sold out and a once ‘old-fashioned’ game became a must-have. The Queen’s Gambit not only took the sales of chess boards by storm but also spilled over onto websites the likes of Chess.com and streaming services such as Twitch. Memberships of online chess sites increased by 40% and viewings of chess matches streamed over Twitch, increased by 46%.

The pace at which the sales of chess boards blew up is expected to slow down as the interest behind the popular Netflix show dies down, so strike now whilst the iron is hot!

Another example of a platform that can launch something into a viral trend is TikTok, a fairly recent social media platform launching in 2016 that became largely popular over the past year with over 2 billion mobile downloads worldwide since its launch. With trends including dancing, bread making, interior DIY, or an entire musical dedicated to Ratatouille, it takes very little effort for a short video to become viral overnight. With often a turnover of 24 hours, it’s nearly impossible to predict which viral trend will take off next.

To make eCommerce sales via TikTok trends easier, Shopify partnered up with them to allow for in-app purchases back in October 2020 in the US, this is now being rolled out across 15 additional countries. This deal has made it easier for TikTok’s 1 million current merchants to drive sales within the app and jump onto the viral trends quickly and efficiently as they emerge. Tiktok is looking to add more features to this in the future but this new feature has allowed trends to sell out merchants within minutes. According to market research firm Kantar, 83% of consumers browsing TikTok say seeing trending content has inspired them to make a purchase.

To keep an eye on future trends, follow key # on TikTok relating to your brand to view how trends evolve over time. It will allow you to view new content over a period of time and jump onto any trends that emerge from new videos.

Finally, a key example of an unusual TikTok trend hitting the social media platform recently was a baked Feta dish also known as ‘Uunifetapasta’. Finnish food blogger Jenni Häyrinen launched the recipe on her Instagram in 2019- this led to Feta reportedly being sold out in many supermarkets in Finland as thousands of people jumped on to the trend including me.

The famous Finnish dish resurfaced recently on TikTok with many chefs, with large followings, recreating it on the platform and reaching over a million views on some videos. TikTok chef @feelgoodfoodie has had 1.3 million views on her video and has produced subsequent videos with variations of this dish amassing on average 61.5k views. Like in Finland, after the trend emerged, supermarkets around the world sold out of some of the key ingredients associated with the now-famous dish.

To understand the impact of this if you take a look at Google Trends at the time of this dish going viral on TikTok, Feta became one of the top searches along with Basil and Cherry Tomatoes. This leap in searches can be attributed back to consumers eagerly researching recipes to try.

Boursin, another prominent cheese manufacturer, became an alternative to the sold-out feta. Boursin could have used this trend to their advantage when the Feta pasta first appeared but TikTok creators beat them to it. This shows why it is important to keep an eye on key viral trends and see if they would work for your brand.

As all Digital Marketers should know, staying on top of the trends is especially important for those key eCommerce clients, you never quite know what is going to be successful in the social media world. The opportunity to leverage trends is short-lived and has to be jumped on straight away to have the most effect for your client.

It is important to realise that although a specific area of eCommerce could take off, your business could also use it as an advantage. Taking an example from above, The Queen’s Gambit made the sale of chess boards skyrocket but also Twitch streams on chess tournaments and online chess websites increased too. Look beyond the trend to see how it could work for you.

Finally, you never know what will take off be it a chess set, a TikTok musical or a cheese dish. Staying on trend to these changes is important to be able to use this to your advantage. Each morning check out what is trending on key platforms and see if you can use this for your business. And remember you never know what the next trend will be, so any business can benefit. 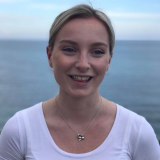