Q4 is a hugely demanding, sometimes frenetic but also very exciting time for advertisers. The crescendo of this period is famously the Black Friday / Cyber Monday weekend that sits at the end of November.

For a lot of our clients this is the weekend where they win or lose the year. As a team, this translates into a short window of time where we find out whether our work truly cuts the mustard. With a healthy dose of pressure, it’s probably the most exciting time of the year and when the results roll in it’s a tremendously satisfying nod of congratulations.

Within time periods of extreme activity there are always lessons to take away and learn from as a team. This post aims to share one of those examples with you, and hopefully helps a little when faced with similar situations in the future.

For one of our clients in particular we ended up scaling spend extremely rapidly, directly in the thick of the Black Friday week. The context; after day two of sale the client in question was significantly behind their overall revenue goal. Facebook was seen as the best channel with the greatest potential to turn things around quickly.

We were initially dubious – scaling spend should ideally be done proactively not reactively, but despite any initial concerns this ended up being an immensely exciting burst of activity for all involved.

In stark contrast to what best practice for scaling spend might suggest, the results were blindingly good:

Without giving exact figures away, but also adding further context, the spend was well into the tens of thousands over the week. The percentages above are far from moving minimal spend; this was relatively hefty.

As you can see from the figures, ROAS did dip week on week however we were still at a perfectly acceptable level and comfortably above target. The added volume from the additional spend more than made up for the hit on ROAS.

With very little time to step in and scale up (hours, not days), here’s an overview of what was done.

As many people did, our client started their Black Friday sale well before the actual black Friday weekend.

One of the upsides of this was that everyone was able to see conversion rates and how the sale was performing compared to previous sale and non-sale periods. With conversion rates lifted significantly, it was clear the audience was responding well and we were absolutely in a ‘hot’ period.

The biggest risk we needed to negate was binning performance due to over delivery. With many established audiences already running in the account and retargeting audiences already hitting the higher end of the frequency range we were comfortable with, another route was needed.

The secondary limiting factor here was time. We didn’t have any.

As such, the decision was taken to build out larger versions of the lookalike audiences of those that were already performing well. In short, these were lookalikes based on ecommerce performance such as add to carts and purchases.

In terms of structure, the last thing we wanted to do was disrupt current ad sets that were already doing well. The risk of adding the audiences into existing ad sets and then spending 48 hours in review was too great. That would have been game over.

To avoid this happening, rather than bundling the new lookalikes into existing ad sets, new ad sets were created to house the larger lookalike audiences (with the existing lookalikes excluded to avoid overlap).

With such little time, there wasn’t an opportunity to gather a large volume of new creative. This was another point of risk, as with any scaling exercise you really do want to have as much creative as you can get your hands on.

The client’s team scrambled into action and got us as much as they could in the time we had. The account in question also had a healthy amount of proven creative already running which we could pick from. Additionally, in a sale period like Black Friday simple punchy creative tends to work best, so we picked the top performers and used those confident we already knew the winners.

With more time we would have opted for a different approach with a lot more creative, but in this case we had to go with what we had.

Ultimately the brief here was to support the business in pushing for an overall revenue goal.

As a result of this, the reporting in Facebook Ads Manager was used as a proxy of how well things were starting to look. Checking in on a regular basis (almost hourly) we were questioning things like:

• Are we going to hit the increased spend?
• Are any ads tanking?
• Are we managing frequency effectively?
• How much is CPA / ROAS taking a hit as a result of the additional spend?
• Can we increase retargeting spend now that traffic is significantly higher?

All of the factors above gave us a clear view on direction and indicated where our efforts were needed the most, but the question of success was really down to whether or not the revenue goal was hit.

Well, the day before scaling spend the business was approximately 50% behind on their revenue goal. The day after starting the exercise on Facebook, and this being the only major change in strategy, the revenue goal was exceeded and it continued to do so for the remainder of the sale event. It worked!

A huge shout out here to Dan Lifton, Abi Carey and everyone on our clients’ team who worked their nuts off to make this happen. Team work really does make the dream work! 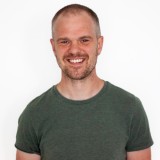